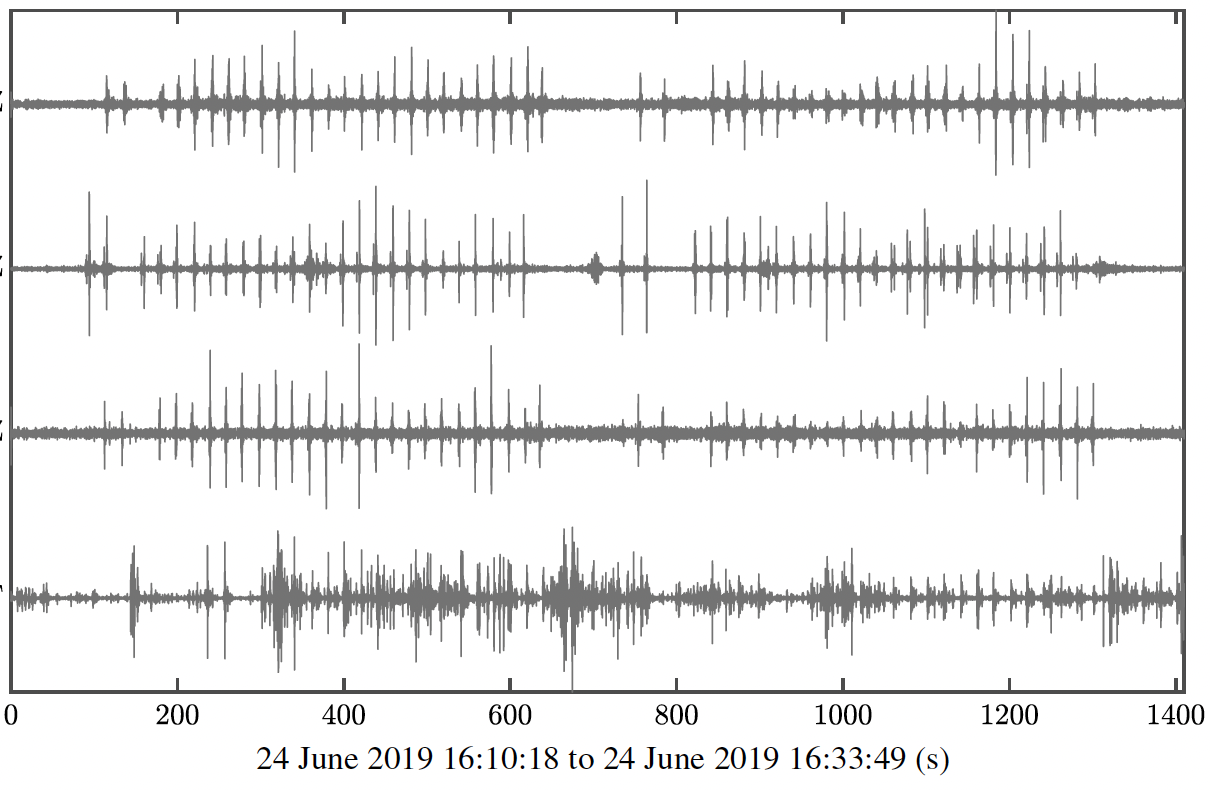 We report on the source of seismoacoustic pulses that were observed across the state of Oklahoma (OK) during summer of 2019, and the subject of national media coverage and speculation. Seismic network data collected across four U.S. states and interviews with witnesses to the pulse’s effect on residential structures demonstrate that they were triggered by routine ammunition disposal operations conducted by McAlester Army Ammunition Plant (McAAP). During these operations, conventional explosives destroy obsolete munitions stored in pits through a controlled sequence of electronically timed shots that occur over tens of minutes. Despite noise‐abatement efforts that reduce coupling of acoustic energy with air, some lower frequency, subaudible (infrasonic) sound radiates from these shots as discrete pulses. We use nine months of blast log documents, seismic network records, analyst picks, and physical modeling to demonstrate that seismic stations as far as 640 km from McAAP sample these pulses, which record seasonal patterns in stratospheric and tropospheric winds, as well as the dynamic formation of waveguides and shadow zones. Digital short‐term average to long‐term average detectors that we augment with dynamic thresholds and time‐binning operations identify these pulses with a fair probability,